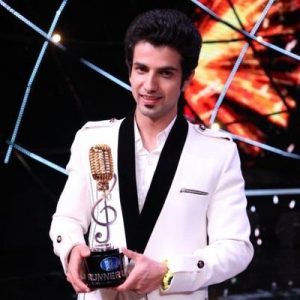 Ankush Bhardwaj is a young and talented Indian singer who is most renowned for being a top contestant in the ‘Indian Idol – Season 10’ singing reality TV competition.

Ankush Bhardwaj began singing when he was a kid and considers his father as his inspiration. Ever since his entry into the popular singing show Ankush Bhardwaj has garnered tens of thousands of fans from all over the country and is considered to be one of the best singers to have participated in Indian Idol.

Prior to entering Indian Idol in 2018, Ankush Bhardwaj had taken part in numerous other singing competitions and is one of the singing sensations for various music fests in his home state of Himachal Pradesh.

Ankush Bhardwaj is a truly talented young singer from Himachal Pradesh who has wowed the audience and judges of ‘Indian Idol – Season 10’ (2018) ever since he auditioned in July. Ankush Bhardwaj has collected a huge fan-following not only on TV but also on his social media accounts as well.

Thanks to his impressive singing talent and being a part of his home state’s music scene from a considerably long time, Ankush Bhardwaj’s net worth is estimated to be around INR 30 lac (USD 42,000).