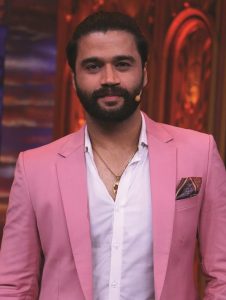 Balraj Syal is a young and popular Indian comedian and actor who has risen to fame with his appearances on several Indian TV shows.

Apart from being a stand-up comedian and an actor in movies and on TV, Balraj Syal is also a talented scriptwriter and TV show host and anchor too.

After having lost his parents earlier in his childhood, Balraj Syal and his two sisters were raised by their uncle and aunt. Initially, Balraj Syal was focused on becoming an IAS or IPS officer however the dwindling financial condition of his family compelled him to drop out after his 12th and he began earning income working as a clothes and inverter salesman.

It was only after one of his friend’s parents offered to support his higher education that Balraj Syal finally gained admission into college and was introduced to acting and stand-up comedy on stage at his college’s festivals.

Although Balraj Syal was rejected in the first round of ‘The Great Indian Laughter Challenge – Season 1’ on his first TV appearance, Balraj Syal went on to win an award in the ‘Laughter Ke Phatke’ show which aired on Star One channel and later on won the ‘Comedy Ka Maha Muqabla’ comedy show in Star One as well. More recently, Balraj Syal rose to popularity when he was selected as the host of ‘Entertainment Ki Raat – Season 9’ comedy competition on Colors TV and his frequent appearance as a co-host with Salman Khan on ‘Big Boss – Season 11’.

Although we know that Balraj Syal’s parents passed away when he was small and was raised by his uncle and aunt currently we do not have any details about them or about Balraj Syal’s sisters. Balraj Syal is currently single and is said to have broken up with his girlfriend a few years ago.

Owing to his impressive comedic talent and his popularity as an actor and a TV show host, Balraj Syal’s net worth is estimated around INR 25 lac (USD 35,000).