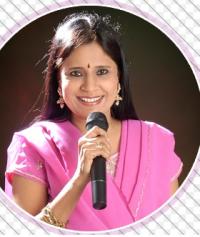 B. R. Chaya is a playback singer from Bangalore, India. She was born on 16th October at Bengaluru, Karnataka, India.

B. R. Chaya is married. Her husband’s name is Padmapani Jodidar. Check out the table below to get complete information on B. R. Chaya.

About B. R. Chaya

B. R. Chaya has won many awards. Some of them are: