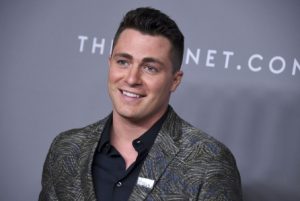 Before becoming popular as an actor, Colton Haynes was a successful model, since he was around 15 years old.

Besides being a popular actor and a successful model Colton Haynes is also a talented singer as well.

Colton Haynes rose to popularity as a model first, when he became the face of ad campaigns from globally-popular luxury brands, including Abercrombie & Fitch, J. C. Penny and Ralph Lauren, to name a few. Soon Colton Haynes made his TV debut and consequently landed a small, un-credited role in movies, in 2007.

Thanks to his impressive demand in the American TV industry, Colton Haynes’s net worth is estimated around INR 28 crores (USD 4 Million).