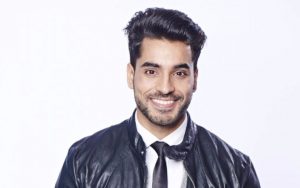 Gautam Gulati is an actor and model from India. He was born on 27th November 1987 at Delhi, India.

His father’s name is Anurag Gulati. Gautam Gulati has an elder brother. His name is Mohit Gulati.

Gautam Gulati has a girlfriend. Her name is Diandra Sores. She was a contestant of the reality show Bigg Boss Season 5. Check out the table below to get complete information on Gautam Gulati.

Gautam Gulati is a Fitness Freak. He has been seen in many movies and television shows. Some of them are:

Gautam Gulati has also won several awards. Some of his awards are: