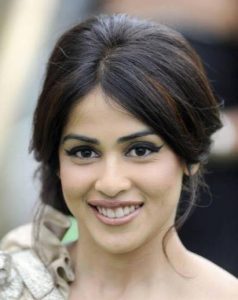 Apart from being popular in the Bollywood Hindi film industry, Genelia D’Souza has also established herself as one of the top actresses in the Telugu cinema industry too.

Apart from being an actress and model, Genelia D’Souza is also known as the host of the TV show ‘Big Switch’ in the Indian television industry.

Genelia D’Souza is one of the biggest superstar actresses from the South Indian film industry and is renowned to have starred in numerous movies opposite Telugu and Tamil superstars.

Talking about her talent as an actress, Genelia D’Souza is the winner of several prestigious acting awards besides having numerous award nominations to her credit as well.

Next, Genelia D’Souza was the winner of the Nandi Awards’ Nandi Special Jury Award for her excellent performance in the Telugu super hit movie ‘Katha’ (2009).

Apart from winning these prestigious awards, Genelia D’Souza has also had 12 award nominations to her name as well.