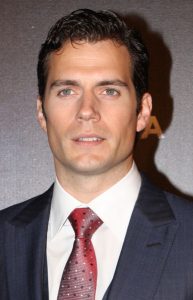 Henry Cavill is one of the few young British actors who are superstars in the Hollywood movie industry today.

Although Henry Cavill began his acting career with small roles in feature films and later made a move to the British television industry however today he is considered to by the iconic Superman, which he has portrayed in 3 DC Universe movies.

Apart from being a successful actor, Henry Cavill is also one of the most popular global celebrities and has ranked high in numerous polls for the most attractive men in the world.

Besides being a celebrated actor, Henry Cavill is also involved in charity and supports numerous organizations, including the Durrell Wildlife Conservation Trust and to The Royal Marine Charity.

Henry Cavill is not only a talented movie actor and worldwide celebrity but he is also considered one of the best-looking men in the world too.

Thanks to his immense success in the Hollywood movie industry as an actor, Henry Cavill’s net worth is currently estimated around INR 143 crores (20 Million).

As for the recognition for his roles in movies and TV, Henry Cavill’s award-wins include winning the MTV Movie Award for Best Hero for his role in the super hit DC movie ‘Man of Steel’ (2014) and winning the Razzie Award for Worst Screen Combo (shared with Ben Affleck) for another DC movie ‘Batman v Superman: Dawn of Justice’ (2017).

Apart from having won these awards, Henry Cavill has also had 12 award nominations to his credit as well.