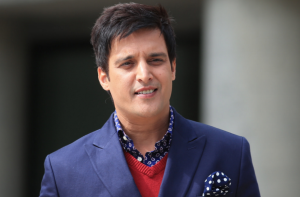 Although Jimmy Shergill made his initial debut in 1996, he rose to fame only after his performance in ‘Mohabbatein’ (2000).

Today, Jimmy Shergill is recognized widely for numerous characters that he has played in romantic and action movies, both in the Hindi and Punjabi film industries.

Jimmy Shergill is a popular movie actor in the Indian Hindi and Punjabi movie industry. Apart from having acted in several memorable and hit movies, Jimmy Shergill is also the producer of 4 (four) movies till date.

Talking about his success as a movie actor, Jimmy Shergill is the winner of several awards, mainly for his roles in the Punjabi movie industry in India.

In the Punjabi film industry, Jimmy Shergill has won the PTC Best Actor Award for his role in ‘Mel Kara De Rabba’ (2010) and the PTC Best Film (Critics) Award for ‘Dharti’ (2011), as an actor and film producer.

Apart from winning these awards, Jimmy Shergill was also nominated for the PTC Best Actor Award for his impressive role in ‘Aa Gaye Mundey U.K. De’ (2014).