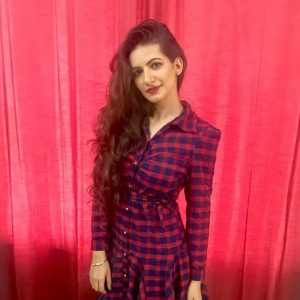 Minnie Rohilla is renowned as one of the most popular contestants on MTV Roadies Xtreme TV show in 2018.

Prior to becoming popular as a top favorite of a couple of gang leader in MTV Roadies Xtreme, Minnie Rohilla worked as a model apart from having a corporate profession. Besides being a working professional and part-time model Minnie Rohilla is also an avid hockey player and practices several martial arts as her interests.

Minnie Rohilla was finally selected in the Pune auditions after having failed thrice earlier. After being selected Minnie Rohilla proved herself worthy with her contribution to completing numerous tasks with her team mates.

Minnie Rohilla is popular as one of the most favorite contestants on MTV Roadies Xtreme (2018). Minnie Rohilla showed impressive mental and physical strength in completing every challenge and task put to her or her team. Minnie Rohilla amazed judges and contestants alike when she returned 2 months after a culling round and had lost 4 kg through hard workouts at the gym.