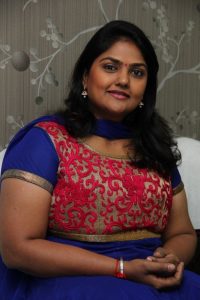 Nirosha is an actress from Chennai, Tamil Nadu, India. She was born on 30th January 1968 at Colombo, Sri Lanka.

Her father’s name is M. R. Radha. He was an actor (Tamil) and comedian. Her mother’s name is Geetha Radha. She has one younger sister. Her name is Raadhika. She was an actress. She has two brothers. Their names are Raju Radha and Mohan Radha.

Nirosha is married. Her husband’s name is Ramki. Check out the table below to get complete information on Nirosha.

Nirosha has worked in many movies. Some of them are:

Nirosha has worked in many TV serials. Some of them are: