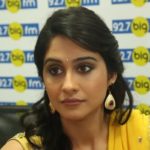 Regina Cassandra new films will not be accepted if the films that are on hand are completed. Why do movies .. Her engagement is on the 13th of this month. With whom? That means no answer. However, a Tamil website claims that it was engaged in secret. Is that right? Ask Regina friends .. Engagementa? When did that happen? Said. ” There is no truth in this news. The original Regina had no intention of getting married now. There are films out there now. ”

Regina is doing the movies .. She’s starring in the ‘who’ produced by the PVP company. The film is slated for release in August. Also, new director Arjun Sai is doing the ‘Utsavam’. The film is slated for release in September. The final schedule of ‘Kasada Tapara’ is being done in Tamil. Apart from this, the movie ‘Party’ is in the final stages. Also, ‘Kallapart’ with Arvind Swamy is on schedule.