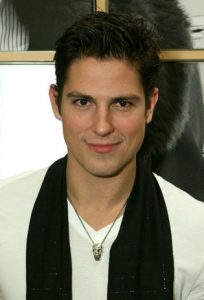 Sean Faris is a popular young actor and model from the Hollywood movie industry.

Sean Faris was attracted towards acting from a fairly young age. Sean Faris began preparing to be an actor, attending the Cleveland-based Barbizon Modeling and Acting School, when he was just 12 years of age. Sean Faris participated in the International Model and Talent Association event, at 17 years old.

Sean Faris graduated from the Padua Franciscan High School at 18 and moved to Los Angeles, California to pursue a break in Hollywood.

Today, Sean Faris is not only a renowned model and talented actor, but he is also an accomplished producer also.

Sean Faris is a popular model and actor who is most renowned for his role in the movies – ‘Never Back Down’ (2008), ‘Forever Strong’ (2008) and ‘King of Fighters’ (2010). Apart from being a successful actor in the Hollywood movie industry and American TV industry Sean Faris is also a successful producer as well.

Thanks to his success as an actor in the American movie and TV industry, Sean Faris’s net worth today is estimated around INR 3.5 crores (USD 500,000).

As for the recognition for his talent as an actor in Hollywood Sean Faris won the Young Hollywood Awards’ 2007 The One To Watch award and later won the MTV Movie Award for Best Fight (shared with co-star Cam Gigandet) for ‘Never Back Down’ (2008). Besides winning these 2 awards, Sean Faris has also had 1 Young Artist Award nomination previously as well.