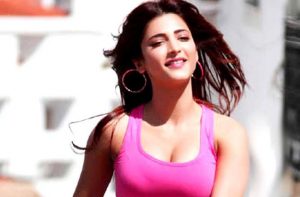 Shruti Haasan is one of the youngest and most popular actresses in the Indian film industry. Although she became a highly-popular actress in the Tamil and Telugu film industries earlier she rose to new-found levels of face when she made her debut in the Bollywood Hindi movies, in 2009.

Apart form being a superstar actress, Shruti Haasan is also a renowned singer and has sung in films since the age of 10, when she first sang for Kamal Haasan’s directorial debut movie ‘Hey Ram’ (2000).

Shruti Haasan is not only a renowned actress in the Bollywood film industry but has also won awards for being a highly-talented playback singer in several movies as well.

As for her talent as an actress and playback singer, Shruti Haasan has won several awards and has been nominated numerous times for prestigious awards and honors.

Most recently, Shruti Haasan was the winner of the International Indian Film Academy (IIFA) Utsavam Best Performance in a Leading Role – Female award and the SIIMA Best Actress – Telugu award once again, for her impressive performance in ‘Srimanthudu’ (2016).

Apart from having won these prestigious acting awards, Shruti Haasan has also had around 15 award nominations to her credit as well till date.