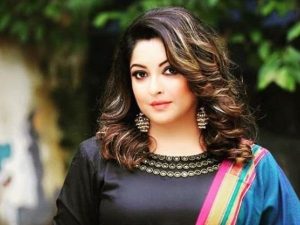 Tanushree Dutta is a renowned Bollywood film actress who worked mainly in the 2000s.

Although she has taken a break from movies, Tanushree Dutta is still recalled for her role not only in the Bollywood Hindi movies, but also for her roles in the Tamil and Telugu movies, in her short movie career.

Besides one having been a popular actress in Bollywood, Tamil, Telugu and Marathi film industries Tanushree Dutta is also remembered to have won the 2004 Femina Miss India Universe title and ranking 8th at the finals of the 2004 Miss Universe beauty pageant.

In her short career of barely 5 years Tanushree Dutta did not manage to win an award or honor.