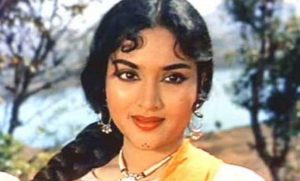 Vyjayanthimala remains a popular and highly talented actresses in the Indian film industry. Vyjayanthimala is certainly one of the most talented artists in the industry too.

Apart from being a highly-praised film actress, Vyjayanthimala is also a trained Carnatic singer, a popular Bharatnatyam dancer, a talented dance choreographer as well as a former member of parliament too.

Making her first debut in the Tamil film industry and conquering it, Vyjayanthimala soon turned her sights on Bollywood and became one of the most popular actresses of her time.

Vyjayanthimala’s father was M D Raman, while her mother was popular Tamil actress, Vasundhara Devi. Although she was linked with veteran actors like Dilip Kumar and later Raj Kapoor, Vyjayanthimala termed these as popularity stunt by the media. Vyjayanthimala’s husband was Chamanlal Bali, a physician by profession. Vyjayanthimala and Chamamlal Bali have a son, Suchindra Bali.

Being one of the most talented and popular actress of her time, Vyjayanthimala has been successful commercially too. Today, Vyjayanthimala’s net worth is estimated to be around INR 36 crores (USD 5 Million).

Thanks to her immense contribution to the art of Bharatnatyam and as a popular and talented film actress in the Indian film industry, Vyjayanthimala has been awarded several high honors. Vyjayanthimala was awarded the Padma Shri award, India’s 4th-highest civilian award, by the Government of India in 1968, as well as being awarded the Tamil Nadu State Artist Award and the Kalaimamani from the Government of Tamil Nadu in 1979.

Having starred in numerous films in the Tamil, Telugu and the Hindi film industries, Vyjayanthimala has been awarded several times, as well as honored with prestigious accolades. Vyjayanthimala has also been nominated numerous times for her impressive acting skills.

Initially, Vyjayanthimala was runner-up to the Film Fans’ Association Awards’ Best Tamil Actress award for her debut in ‘Vazhkai’ (1950).

For her immense contribution to the traditional Indian dance-form of Bharatnatyam, Vyjayanthimala has received numerous honors, including being awarded the Arasavai Natya Kalaingnar from the State Government of Tamil Nadu in 1973 and the elite Sangeet Natak Akademi Award for Lifetime Achievement in 1982.

Later, Vyjayanthimala was honored with the TTK Memorial Award from the Madras Music Academy in 1999, the Nrithya Rathnakara Award by the Bhairavi Fine Arts Society during the 2002 Cleveland Thyagaraja Aradhana (USA), the Sanskriti Kalashree Award from the Sanskriti Organization in 2005, the Yagnaraman Lifetime Achievement Award in 2009 and the 2011 Lifetime Achievement Award from Kartik Fine Arts.

Besides the above, Vyjayanthimala has also been awarded several other prestigious awards in recognition for her contribution to Indian cinema and Bharatnatyam. Vyjayanthimala has been awarded with the 2012 Apsara Film & Television Producers Guild Awards’ Special Award, the Akkineni International Foundation Awards’ 2008 ANR National Award, the Bollywood Movie Awards’ 2005 Lifetime Achievement Award, the Federation of Indian Chambers of Commerce and Industry (FICCI) Living Legend award in 2006, the Kalakar Awards’ 2002 Lifetime Achievement Award, the Stardust Awards’ Pride of Film Industry Award in 2013 and the Tamil State Film Awards’ Thyagaraja Bhagavathar Award in 2001.