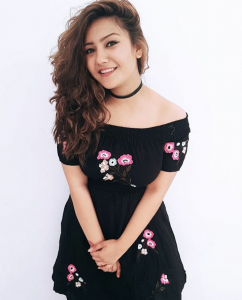 Aashika Bhatia is a popular Indian actress who is a huge Musical.ly star as well.

Aashika Bhatia made her acting debut at the age of only 10 years, in 2009, with a role in a popular Indian TV serial and has since then appeared in several small roles in Indian Bollywood movies.

Aashika Bhatia is one of the most famous female Tik Tok stars from India who has millions of followers and fans on not only Musical.ly but also on Instagram as well.

Aashika Bhatia is considered to be one of the most attractive female Indian entertainers on the globally popular platform with tens of thousands of views to her short-form videos on Tik Tok.

Aashika Bhatia is a famous Tik Tok star who has also acted in several movies. Aashika Bhatia is most known for playing the younger version of the lead character in the popular TV serial ‘Meera’ (2009) and later rose to prominence with her role as Salman Khan’s younger sister in ‘Prem Ratan Dhan Payo’ (2015). However, currently Aashika Bhatia is vastly recognized as being one of the top-ranking Indian Musical.ly stars with millions of fans and views on her videos.