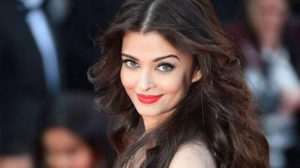 Aishwarya Rai, also known as Aishwarya Rai Bachchan now, is one of the most beautiful and talented actresses in the Indian film industry.

Having been a former Miss World and a successful model, Aishwarya Rai has today become a popular actress in Bollywood. Having starred in several diverse roles in her career, Aishwarya Rai has been nominated numerous times and has received several acting and other awards too.

Talking about her success as a talented actress, Aishwarya Rai has won acting awards and been honored by governments for her contribution towards the Indian cinema and her social work.

The International Indian Film Academy Awards, or IIFA awards, are considered amongst the most prestigious movie awards and Aishwarya Rai has won seven IIFA awards and has been nominated around 10 times. Aishwarya Rai won the IIFA Award for Best Actress for her performance in ‘Hum Dil De Chuke Sanam’ (2000), the IIFA Award for Best Actress for her role in ‘Devdas’ (2003), the 2005 IIFA Global Indian Media Personality Award, the 2007 IIFA Glamorous Star Award, the 2007 IIFA Most Searched Personality on MSN India award, the 2009 IIFA Star of the Decade – Female award as well as the 2009 IIFA Outstanding Achievement by an Indian in International Cinema award as well.

Aishwarya Rai won the Lions Gold Awards’ Best Actress of the Year award for her role in ‘Sarbjit’ (2017).

Besides these and other numerous acting awards, Aishwarya Rai is one of the handful of Indian celebrities who have been honored by the Government of France with ‘Order of France – Ordre des Arts et des Lettres’ title.