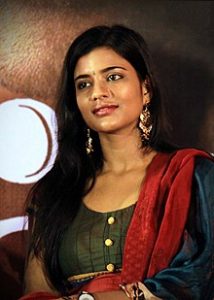 Her father’s name is Rajesh. She has one brother. His name is ‎Manikanda Anegan Mohan. Check out the table below to get complete information on Aishwarya Rajesh.

Aishwarya Rajesh’s height is 5 feet 6 inches and her weight is 55 Kg. Her age is 31 years.

Aishwarya Rajesh has won many awards. Some of them are: