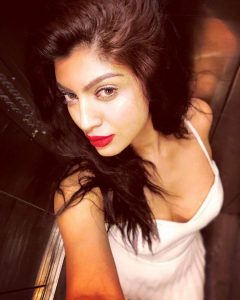 Her father’s name is RK Puri. He was a retired assistant commissioner of Police. Her mother’s name is Chitra Puri. She was an astrologer. Check out the table below to get complete information on Akanksha Puri.

Akanksha Puri got her fame from her role of Devi Parvati in the show “Vighnaharta Ganesha”.

She has worked in many films. Some of them are: