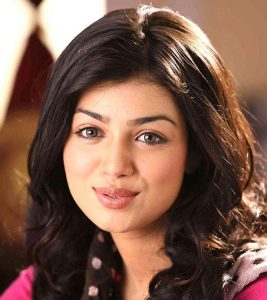 Ayesha Takia is a popular actress from the Bollywood film industry. Prior to acting, Ayesha Takia began a career as a child model at the age of 15 years and appeared in several renowned TV commercials of the time.

Later on, Ayesha Takia appeared in a popular music video of Phalguni Pathak and another from Keith Sequira, which prompted her beauty and talent to be noticed by Bollywood casting directors.

In her significantly short acting career, Ayesha Takia managed to win several renowned acting awards and was also nominated for other awards as well.

Most recently, Ayesha Takia made a come-back to the screen when she began hosting the ‘Sur Kshetra’ singing reality TV competition, in 2012.

Ayesha Takia is renowned to play the lead actress in several commercial super hit movies in Bollywood and one in the Telugu film industry.

Being a successful model before entering Bollywood as an actress and becoming a commercially successful artist in the Indian film industry, Ayesha Takia’s net worth is estimated to be around INR 73 crores (USD 10 Million).

Talking about her success as a talented actress from Bollywood, Ayesha Takia has won several renowned acting awards as well as had several award nominations to her credit too.

In the same year, Ayesha Takia garnered 2 award nominations for her acting skills in ‘Dil Maange More’ (2004) and also earned the Filmfare Award for Best Actress – Telugu nomination as well for her role in ‘Super’ (2005).