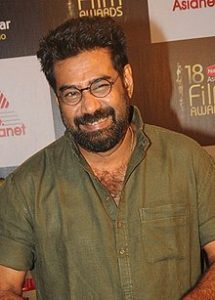 Biju Menon is an actor from Kochi, India. He was born on 9th September 1970 at Thrissur, Kerala, India.

His father’s name is Madathiparambill P. N. Balakrishna Pillai. His mother’s name is Malathi Amma Menon. He has four brothers. Their names are Soman, Suresh, Rajendran, and Sreekumar. Biju Menon is married. His wife’s name is Samyuktha Verma. They have one son. His name is Daksh Dharmik. Check out the table below to get complete information on Biju Menon.

Biju Menon has won many awards. Some of them are: