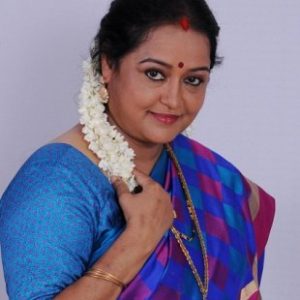 Chithra is a Malayalam actress from Chennai, India. She was born on 25th February 1965 at Kochi, Kerala, India.

Chithra is married. Her husband’s name is Vijayaraghavan. They have one daughter. Her name is Mahalakshmi. Check out the table below to get complete information on Chithra.

Chithra has worked in many movies. Some of them are:

Chithra has worked in many TV serials. Some of them are: