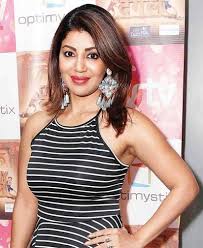 Debina Bonnerjee is an actress from Mumbai, India. She was born on 18th April 1983 at Kolkata, West Bengal, India.

Debina Bonnerjee’s height is 5 feet 4 inches and her weight is 65 Kg. Her age is 37 years.

Debina Bonnerjee has worked in many movies and TV serials. Some of them are: