Diksha Panth is an actress from Hyderabad, Telangana, India 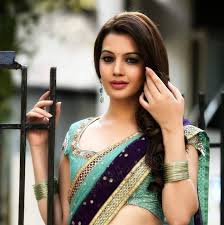 Check out the table below to get complete information on Diksha Panth.

Diksha Panth has worked in many movies. Some of them are:

This movie was released on 10-01-2015. This movie has a rating of 7.5/10 on IMDB. This movie was produced by Sharrath Marar, Daggubatti Suresh Babu and was directed by Kishore Kumar Pardasani. The budget for this movie was Rs. 42 cr and it earned Rs. 68 cr in the Box Office.

This movie was released on 15-01-2016. This movie has a rating of 6.4/10 on IMDB. This movie was produced by Akkineni Nagarjuna and was directed by Kalyan Krishna Kurasala. The budget for this movie was Rs.150-200 million and it earned Rs. 750 million in the Box office.