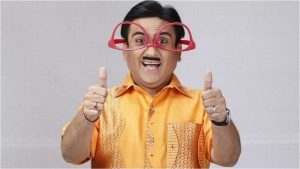 Dilip Joshi is an actor from India. He was born on 26th May 1968 at Village Gosa, Porbandar, Gujarat, India.

Dilip Joshi is married. His wife’s name is Jaymala Joshi. They have a son and a daughter. Their names are Ritwik Joshi and Neeyati Joshi. Check out the table below to get complete information on Dilip Joshi.

Dilip Joshi’s height is 5 feet 5 inches and his weight is 80 Kg. His age is 54 Years. It is not known if Dilip Joshi smokes or drinks alcohol.

Dilip Joshi got fame from his role of “Jethalal” in the television show Taarak Mehta Ka Ooltah Chasmah. He has worked in many serials and films. Some of them are:

Dilip Joshi has won several awards for his fabulous acting. Some of his awards are: