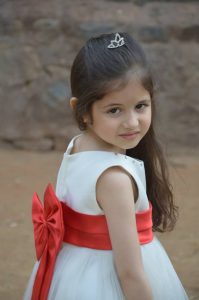 Harshaali Malhotra is a child actress from India. She was born on 3rd June 2008 at Mumbai, Maharashtra, India.

Harshaali Malhotra has started her carrier with Superstar Salman Khan in the movie “Bajrangi Bhaijaan”. She has worked on many television shows and movies. Some of them are:

Harshaali Malhotra has won many awards for her tremendous acting. Some of them are: