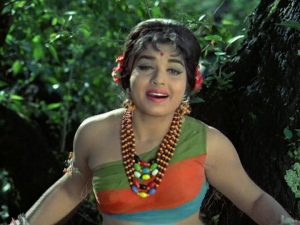 Jayalalita is an actress from India. She was born on 2nd July 1950 at Hyderabad, Andhra Pradesh, India.

Check out the table below to get complete information on Jayalalita.

Jayalalita has worked in many movies and Tv serials. Some of them are:

This movie was released on 20-04-2018. This movie has a rating of 8/10 on IMDB. This movie was produced by DVD Danayya and was directed by Koratala Siva. The budget for this movie was Rs. 65 crore and it earned Rs. 187 crores in the Box office.