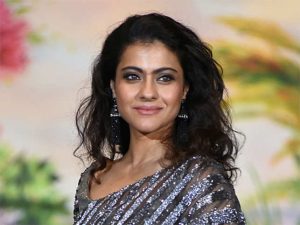 Kajol is an extremely popular and talented actress who is renowned for her roles in the Bollywood film industry.

Renowned for playing dramatic and romantic roles, Kajol has also proven her worth by winning the most Best Actress Awards from the Filmfare Award event, as did her aunt, popular actress Nutan.

Apart from being recognized as a talented actress from Bollywood, Kajol is also renowned for her immense social work where she is vocal and active with uplifting of widows and children in impoverished areas.

Kajol is undoubtedly one of the most talented actresses of our age. Thanks to her dusky looks and hazel eyes, Kajol has won the hearts of millions of fans not only in India but also all over the world.

Kajol’s father was the popular filmmaker, Shomu Mukherjee while Kajol’s mother was the popular actress, ‘Tanuja’ Samarth. Although Kajol does not have any brothers, Kajol’s younger sister is actress Tanishaa Mukherjee. Kajol’s husband is popular Bollywood actor, Ajay Devgn, whom she is married to since February of 1999. Kajol and Ajay Devgn have two lovely children – daughter Nysa and son Yug.

Thanks to her immense popularity as an actress Kajol’s salary per film is around INR 12 crores (USD 1.6 Million). Combining this with her numerous brand endorsement deals, Kajol’s net worth is estimated to be around INR 129 crores (USD 18 Million).

Talking about her success as a talented actress, Kajol has been awarded several times and has also been nominated numerous times for prestigious acting awards and other honors.

Kajol was conferred India’s 4th-highest civilian award, the Padma Shri award, by the Government of India in 2011, for her immense contribution to the field of Indian cinema.

Kajol has also won the Stardust Star of the Year Award – Female award for her impressive performance in ‘My Name Is Khan’ (2011). Besides winning this, Kajol has also had 2 Stardust Award nominations as well.