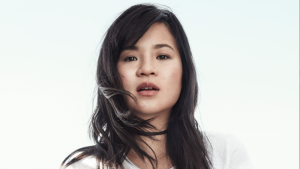 Kelly Marie Tran is a young and talented American actress who rose to global fame with her leading role in ‘Star Wars: Episode VIII – The Last Jedi’ (2017).

Kelly Marie Tran comes from a family of Vietnamese refugees and aspired to become an actress since she was a child. After working her way through high school and graduating with a BA in Communication from University of California, Los Angeles (UCLA) Kelly Marie Tran spent her initial years doing improv  and small parts with a couple of popular sketch comedy groups in Los Angeles.

Today, Kelly Marie Tran’s role as Rose Tico has made her an international celebrity too.

Thanks to her impressive acting skills and rise to popularity as an American actress Kelly Marie Tran’s net worth is estimated around INR 21 crores (USD 3 Million).