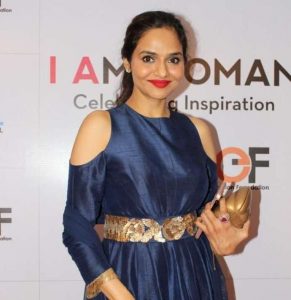 Her father’s name is Raghunath. Her mother’s name is Renuka. Madhoo Shah is married. Her husband’s name is Anand Shah. They have two daughters. Their names are Ameya Shah and Keia Shah. Check out the table below to get complete information on Madhoo Shah.

Madhoo Shah has worked in many films and TV serials. Some of them are: