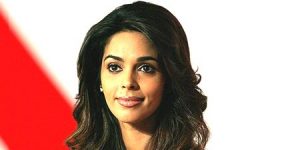 Mallika Sherawat is one of the most popular actresses from Bollywood and a renowned Indian celebrity as well.

Mallika Sherawat is renowned for her roles in mainly the horror movie genre of Bollywood and has appeared in English and Chinese language movies also.

Often seen in bold characters in her movies, Mallika Sherawat is also termed as one of the big screen’s ‘Sex Symbol’ too.

Thanks to her largely commercially successful movies and remunerations from performing item songs in movies, Mallika Sherawat’s net worth today is estimated to be around INR 367 crores (USD 50 Million).

Talking about her talent as an actress, Mallika Sherawat is the winner of a few prestigious awards and has also had several award nominations to her credit till date.

Mallika Sherawat is the winner of the Gotham Screen Film Festival & Screenplay Contests’ Best Actress award for her impressive performance in ‘Hiss’ (2011).

Apart from acting awards, Mallika Sherawat is also the winner of the 16th Annual Diversity Awards’ Renaissance Artist Award in 2008 as well as the 23rd Kalakar Awards’ International Youth Icon Award in 2015.

Apart from winning these awards, Mallika Sherawat has also had 7 award nominations for her performance in movies as well.