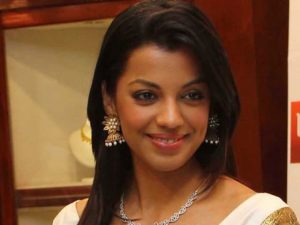 Mugdha Godse is one of the most popular actresses in the Bollywood film industry who has established herself as a talented artist in a relatively short period of time. Besides being a big screen actress, Mugdha Godse is also renowned for being the judge, guest and contestant for several Hindi and Marathi TV shows.

Prior to entering the film industry as an actress, Mugdha Godse worked for over 5 years as a successful models and was seen in several popular TV commercials and video songs as well.

Besides this, Mugdha Godse is also popularly known as the runner-up in the 2004 Femina Miss India contest.

Mugdha Godse is not only one of the popular actresses from the Hindi film industry but has also established herself as one of the top models in India too. Apart from having appeared in Hindi and Tamil movies, Mugdha Godse is also popular for having starred in 8 music videos as well.

Talking about her commercial success as a model and actress, Mugdha Godse’s net worth is estimated to be around INR 22 crores (USD 3 Million).

As for her success as a talented actress, Mugdha Godse is the winner of several prestigious acting awards and has also received numerous award nominations to her credit too.

Besides these, Mugdha Godse is also the winner of the Stardust Awards’ Superstar of Tomorrow – Female award for her impressive role in ‘Jail’ (2010).

Apart from having won these 3 prestigious awards, Mugdha Godse has also had 4 award nominations to her name as well.