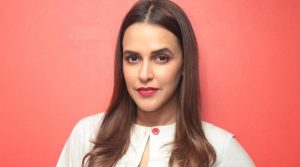 Neha Dhupia is a popular actress from Bollywood and is renowned for being the 2002 Femina Miss India beauty pageant also.

Prior to entering Bollywood as an actress, Neha Dhupia started off as a model for advertisements and also having appeared in a popular music video and a TV serial.

Very few people know that Neha Dhupia actually starred as a child artist in a Malayalam movie in 1994.

Neha Dhupia is not only popular for memorable roles in Bollywood Hindi movies and winning the Femina Miss India title, but has also renowned for her roles in Punjabi, Tamil, Malayalam, Telugu films and even a Japanese movie.

Neha Dhupia’s father is retired Commander Pradip Singh Dhupia of the Indian Navy. Neha Dhupia’s mother is Manpinder Kaur, a homemaker. Although Neha Dhupia does not have any sisters, Neha Dhupia’s brother is Hardeep Dhupia, who works with Jet Airways. Neha Dhupia’s ex-boyfriends include professional squash player, Ritwik Bhattacharya, then Jimmy Sylvester and later Indian cricket superstar, Yuvraj Singh. However, Neha Dhupia’s husband is actor, Angad Bedi, whom she married in May of 2018.

Talking about her commercial success, Neha Dhupia’s salary per film is around INR 50 lacs (USD 68,000). Her movie income, along with her numerous brand endorsements and TV appearances brings Neha Dhupia’s net worth to around INR 36 crores (USD 5 Million).

As for her talent as an actress, Neha Dhupia is the winner of the Screen Awards’ Best Supporting Actress award for her impressive performance in ‘Tumhari Sulu’ (2018). Apart from this, Neha Dhupia was also awarded the 2018 Sony Pictures India Awards’ Breaking Social Stereotypes award as well.

Besides winning these awards, Neha Dhupia has had around 13 award nominations to her credit for her impressive acting skills in movies.