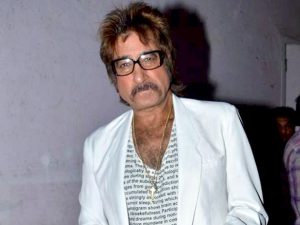 Shakti Kapoor aka Sunil Sikanderlal Kapoor is an actor from India. He was born on 3rd September 1952 at Delhi, India.

His father’s name is Sikanderlal Kapoor. He was a Tailor Master. His mother’s name is Susheela Kapoor. She was a housewife. Shakti Kapoor has two brothers and one sister. Their names are Parvin Kapoor, Rummy Kapoor, and Renu Kapoor.

Shakti Kapoor is married. His wife’s name is Shivangi Kolhapure. They have one son and one daughter. Their names are Shraddha Kapoor and Siddhanth Kapoor. Check out the table below to get complete information on Shakti Kapoor.

Shakti Kapoor is known for his villainous role as well as a comical role in Bollywood Cinema. He has worked in more than 500 movies. Some of his movies are:

He has also been seen in the television reality show Bigg Boss Season 5 as a contestant.