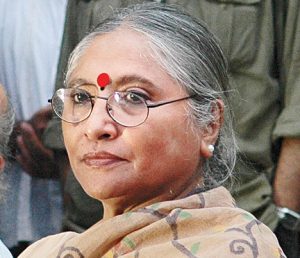 Shaoli Mitra is an actress from Bengali, India.

Her father’s name is Sombhu Mitra. Her mother’s name is Tripti Mitra. Check out the table below to get complete information on Shaoli Mitra.

Shaoli Mitra has won many awards. Some of them are: