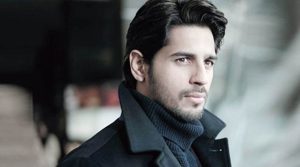 Siddharth Malhotra is one of the best-looking young actors in the Indian film industry. After being dissatisfied with a career in modeling, Siddharth Malhotra made his entry in Bollywood actually as an assistant director to popular Bollywood director Karan Johar on the sets of ‘My Name Is Khan’, 2010.

Siddharth Malhotra made his acting debut in 2012 in a Karan Johan production which garnered him awards and wide acclaim for his role as well as millions of fans for his handsome looks. Siddharth Malhotra has since been seen playing versatile characters very well.

Thanks to his impressive acting skills, Siddharth Malhotra’s list of awards he has won begin with the Stardust Awards’ Most Promising Debut – Male award and the South Africa India Film and Television Awards’ Debut Actor of the Year – Male award for his lead role in ‘Student of the Year’ (2012).

Later, Siddharth Malhotra won the BIG Star Entertainment Awards’ Entertainer of the Year award (shared) and the Most Entertaining Actor in a Romantic Film – Male award for his role in ‘Hasee Toh Phasee’ (2014).

Apart from these, Siddharth Malhotra was also nominated for the Stardust Awards’ Superstar of Tomorrow – Male award, the BIG Star Entertainment Award’s Most Entertaining Actor in a Thriller Film – Male award and the Screen Awards’ Best Actor – Popular Choice award for his role in the romantic-thriller ‘Ek Villain’ (2015).