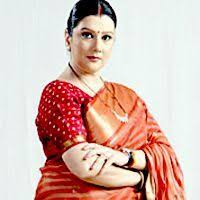 Surbhi Javeri Vyas is married. Her husband’s name is Dharmesh Vyas. He is a Gujarati Actor and an assistant director. Check out the table below to get complete information on Surbhi Javeri Vyas.

Surbhi Javeri Vyas has worked in many movies and Tv serials. Some of them are:

This show was released on 10 January-29 September 2011. This show was produced by Shobhana Desai and was directed by Sangeet Kulkarni and Vikram Ghai.