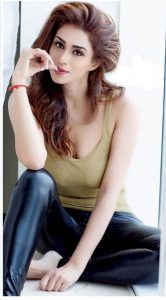 Check out the table below to get complete information on Andria D’Souza.

Andria D’Souza is a TV presenter and actress based in India. She is basically active in Hindi and Malayalam Films.

Andria D’Souza has also worked in a Pakistani Serial “Maati” as Maya aired on Indus Tv.