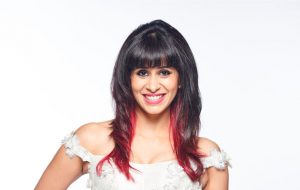 Kishwer Merchant is an actress from India. She was born on 3rd February 1981 at Mumbai, Maharashtra, India.

Kishwer Merchant is married. Her husband’s name is Suyash Rai. He is an actor. Check out the table below to get complete information on Kishwer Merchant.

Kishwer Merchant’s height is 5 feet 7 inches and her weight is 57 Kg. Her age is 39 Years.

Kishwer Merchant came in limelight by the reality show Bigg Boss 9. She has worked on many television shows. Some of her shows are: