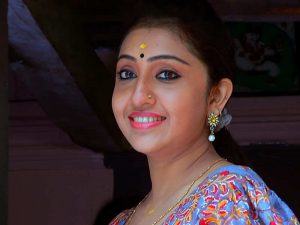 Nithya Das is a Malayalam Actress from India. She was born on 22nd May 1981 at Calicut.

Her father’s name is Mohan Das. Nithya Das is married. Her husband’s name is Arvind Singh. They have two children. Their names are Naina and Naman Singh. Check out the table below to get complete information on Nithya Das.

Nithya Das has worked in many movies. Some of them are: