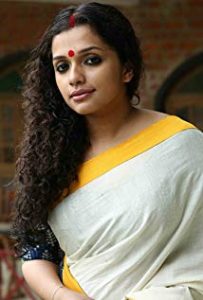 Ann Augustine is a Malayalam Actress from Kozhikode, Kerala, India. She was born on 30th July 1988 in India.

Ann Augustine is married. Her husband’s name is Jomon T. John. He is a cinematographer. Check out the table below to get complete information on Ann Augustine.

Ann Augustine has worked in many movies. Some of them are:

Ann Augustine has won many awards. Some of them are: