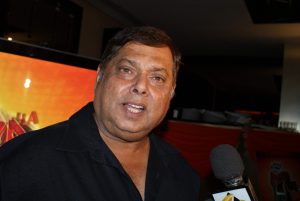 David Dhawan is a movie director from India. He was born on 16th August 1955 at Agartala, Tripura, India.

David Dhawan is married. His wife’s name is Karuna Dhawan. They have blessed with two sons. Their names are Rohit Dhawan and Varun Dhawan. They both are in Bollywood Industry. Check out the table below to get complete information on David Dhawan.

David Dhawan has started his carrier off as an editor before moving into directing. He has directed several successful films, including the comedies. Some of them are: