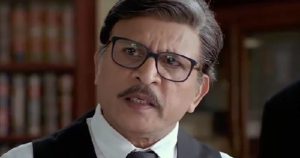 Annu Kapoor is an actor and television presenter from India. He was born on 20th February 1956 at Itwara, Bhopal, Madhya Pradesh, India.

His father’s name is Madanlal Kapoor. He was an owner of a traveling Parsi Theatre Company. His mother’s name is Kamal Shabnam Kapoor. She was a poet and a trained classical singer. Annu Kapoor has two brothers and one sister. Their names are Ranjit Kapoor, Nikhil Kapoor, and Sema Kapoor.

Annu Kapoor has started his carrier as a theatre artist in 1979. He has worked in many Bollywood films as actor, director, and producer. Some of them are:

Annu Kapoor has also been seen in many television shows. Some of them are:

Annu Kapoor has won many awards for his talent. Some of them are: