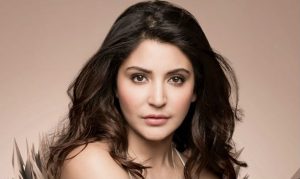 Anushka Sharma is one of the most popular and talented actresses from the Bollywood film industry. Anushka Sharma is renowned for her impressive character portrayals in her numerous super hit Hindi movies. Anushka Sharma is a multi award-winning actress who is also ranked among the highest-paid Indian actress of current times.

Apart from being an established actress in Bollywood, Anushka Sharma is also a film producer. After having started a career initially in modeling, today Anushka Sharma is an entrepreneur with her own successful line of women’s clothing, named ‘Nush’.

Anushka Sharma remains one of the most talented and renowned actress of the 2010s and is renowned for her impressive portrayal of diverse female characters in her movies.

Talking about her success as an actress, Anushka Sharma is the winner of several prestigious awards and has also had numerous award nominations to her credit, in her 10-year long acting career in Bollywood.

Next, Anushka Sharma won the Dadasaheb Phalke Academy Awards’ Excellent Performance Award, the International Indian Film Academy (IIFA) Award for Best Actress and the IIFA Award for Hottest Pair (shared with co-star Ranveer Singh), along with the Lions Gold Awards’ Favorite Jodi (shared with Ranveer Singh), the Star Guild Awards Best Actress in a Leading Role award and won the Producers Guild Film Awards’ Best Actress in a Leading Role award for her excellent performance in ‘Band Baaja Baaraat’ (2011), apart from having 5 prestigious award nominations to her credit for the movie.

Further on, Anushka Sharma won the Screen Awards’ Best Ensemble Cast award for her movie ‘Dil Dhadakne Do’ (2016), the movie also got her around 7 award nominations as well.

Anushka Sharma next won the Stardust Awards’ Best Actress of the Year award for her impressive role in ‘Ae Dil Hia Mushkil’ (2017), which also got her 3 award nominations too.