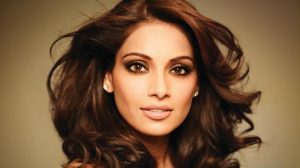 Apart from having acted in numerous Hindi movies, Bipasha Basu has also starred in movies from the English, Bengali, Telugu and Tamil film industries too.

Besides being a highly-popular celebrity in India, Bipasha Basu is also a successful entrepreneur who has launched several fitness videos too.

Bipasha Basu is not only popular for being a star in mostly horror and occult Bollywood genre movies, Bipasha Basu is also considered a ‘Sex Symbol’ by fans and critics alike.

As for her talent as an actress in the Indian film industry, Bipasha Basu is the winner of several prestigious acting awards and award nominations, besides having several accolades to her credit as well.

The list of Bipasha Basu’s awards began when she won the Filmfare Awards’ Best Female Debut award, the International Indian Film Academy (IIFA) Awards’ Fresh Face of the Year award, along with Best Debut award (shared with Gracy Singh and Arjun Rampal) for her impressive debut in ‘Ajnabee’ (2001), apart from having 4 award nominations for the same movie as well.

Bipasha Basu is also the winner of the Stardust Awards’ Best Actress in a Thriller or Action award for her impressive role in ‘Dum Maaro Dum’ (2012) and the 2013 Stardust Awards’ Style Icon of the Year award as well.

Bipasha Basu in the winner of the Durban International Film Festival’s Best Actress – Critics award for her excellent role in the Bengali movie ‘Shob Charitro Kalponik’ (2010).

Bipasha Basu is the recipient of the International Indian Film Academy (IIFA) Awards’ 2009 Diva of the Year award.