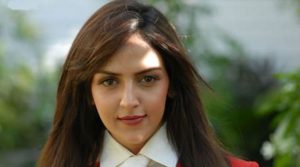 Esha Deol is a popular actress who is mostly known for her role in several Bollywood Hindi movies. Esha Deol has received several prestigious acting awards and has also been nominated for numerous awards as well.

Coming from a family of actors and artists, Esha Deol is also a popular model as well.

Esha Deol is a popular actress who has not only appeared in mainly Bollywood Hindi movies but has also made her debut in the Tamil, Telugu and Kannada film industries as well.