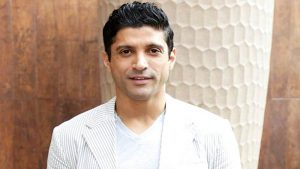 Today, Farhan Akhtar has acted in, directed and produced numerous box office hits and sung some of the most popular songs in Bollywood.

Farhan Akhtar is a multi-talented young artist who is renowned for his acting skills and singing talent by fans, as well as his directing skills by critics and professionals.

Talking about his success as a director, singer, screenwriter and actor, there are numerous awards that have been awarded to Farhan Akhtar. Farhan Akhtar’s first award was the National Film Awards’ Best Feature Film in Hindi award, followed by the Filmfare Awards’ Critics Award for Best Movie, Filmfare Awards’ Best Screenplay award, and the International Indian Film Academy (IIFA) Awards’ Best Screenplay award for his directorial debut ‘Dil Chahta Hai’ (2001).