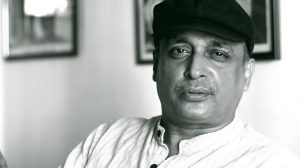 Piyush Mishra is one of the rare gems amongst artists whose unconventional character and music showcase the true talent of Indian artists. After qualifying from the National School of Drama (NSD) in New Delhi, Piyush Mishra entered the Hindi theater scene in Delhi in the 1980s where he soon established himself as a multi-talented artist – becoming an acclaimed theater actor, director, lyricist as well as a renowned singer.

Soon after his entry in Bollywood, Piyush Mishra gave one of his acting career’s first memorable performance in 2003 and established himself as a powerful actor in Bollywood too.

Piyush Mishra has established himself as one of the most diversely talented artist in the Indian film industry and Hindi theater scene. As powerful as his acting performances are in his films, Piyush Mishra is also one of the most talented theater and film directors, apart from being renowned for his intricate lyrics, music compositions and singing style.

After graduating in acting from the National School of Drama (NSD) in New Delhi Piyush Mishra entered the Hindi theater industry in Delhi. Within a decade, Piyush Mishra had established himself as a renowned theater actor, director, singer and songwriter in theater. After entering the Bollywood film industry, Piyush Mishra soon became popular for his acting skills on the big screen as well.