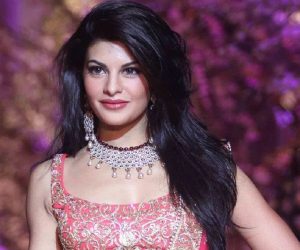 Jacqueline Fernandez is the winner of the 2006 Miss Universe Sri Lanka beauty pageant after having become a model since she quit her first job as a television reporter in Sri Lanka.

Jacqueline Fernandez is originally Sri Lankan by citizenship however she was raised in Bahrain before leaving to pursue her degree in mass communication from University of Sydney, Australia.

In terms of her acting skills, Jacqueline Fernandez is highly talented and has won several prestigious acting awards and honors besides having had numerous award nominations to her credit also.

Apart from being crowned the 2006 Miss Universe Sri Lanka, the list of Jacqueline Fernandez’s acting award-wins begins with winning the International Indian Film Academy (IIFA) Awards’ Debut of the Year – Female award, the Central European Bollywood Awards’ Best Breakthrough Performance – Female award and the Stardust Awards’ Exciting New Face award for her impressive debut in ‘Aladin’ (2010). Next, Jacqueline Fernandez had 1 IIFA Awards nomination for her role in ‘Housefull 2’ (2012) and a Stardust Award nomination for ‘Murder 2′ (2012).

Later on, Jacqueline Fernandez was the winner of the 2015 Stardust Awards’ Style Diva Award and also had the Screen Awards’ Best Actress (Popular Choice) award nomination for her role in ‘Kick’ (2015).