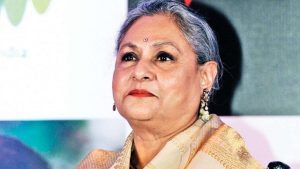 Jaya Bhaduri, popularly known now as Jaya Bachchan, is ranked as amongst the most talented actresses in the Bollywood film industry.

Apart from being an acclaimed actress, Jaya Bhaduri is also a politician, being a Member of Parliament from the Samajwadi Party.

Jaya Bhaduri is recognized as one of the finest actors to have ever acted in mainstream Bollywood and independent Indian film industry.

Owing to her immense success as an actress, and combining it with her income as a Member of Parliament, Jaya Bhaduri’s net worth is estimated to be around INR 518 crores (USD 72 Million)

Talking about Jaya Bhaduri’s acting talent, Jaya Bhaduri is the winner of several prestigious acting awards and has also been nominated numerous times.

In recognition of her immense contribution to the Indian cinema for over 40 years now, Jaya Bhaduri was conferred with India’s 4th-highest civilian award, the Padma Shri award, by the Government of India in 1992.

Apart from winning these prestigious awards, Jaya Bhaduri has also been named for several other award nominations as well.